President Elect recently named Steve Bannon, a top executive on his campaign and the former chairman of the Breitbart website to be a senior adviser.  Following this appointment, there was an explosion from the left saying that Bannon was a white supremacist and just like David Duke of the KKK. 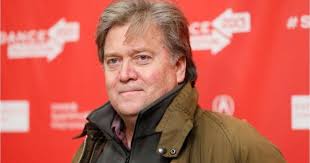 If true, this would be quite serious.  I decided to take a closer look at the charges.  Here is the key article by Media Matters making this accusation.

Media Matters both that Steve Bannon is a white supremacist and compared him to David Duke.  This is one of the worst if not the worst thing you can say about a person.  To make a charge like this, one should be able to substantiate it.  So let’s look at the evidence in this article.

First, there is not a single direct, verifiable quote from Steve Bannon where he said anything racist or antisemitic.  The closest thing here is that his ex-wife said he doesn’t want his kids to go to school with Jews.  If he said this, it would certainly be an antisemitic comment.  We don’t know, however, that he actually said it.  His ex-wife claimed he said this as part of a divorce.  It is highly common for spouses to slander one another in the heat of a divorce.  I personally know several instances where a spouse said very vicious things about a friend during a divorce that I know not to be true.

Media matters then says that Breitbart.com is white supremacist and antisemitic.  They specifically point to David Horowitz calling someone a renegade Jew.  They don’t mention that David Horowitz is Jewish.  Horowitz says that he has known Bannon for many years and he doesn’t have an antisemitic bone in his body.  Here is a link to Horowitz’s comments on this:

Bannon and Breitbart: Friends of Israel, not anti-Semites

While Media Matters shows very flimsy evidence about Bannon being antisemitic, it shows no evidence at all on Bannon being anti-black or a white supremacist other than other people calling him that.  Think about it.  Media Matters could have cited any article ever published in the history of the website. Breitbart has probably published tens of thousands of articles.  With all of these articles to choose from, the best they could come up with was one Jew calling another Jew renegade.  They compare Bannon to David Duke.  I bet that googling David Duke would find thousands upon thousands of extremely racist comments.  With Steve Bannon and Breitbart, they could not come up with a single racist comment.

Bannon and the Breitbart website are very right wing.  I would expect my progressive friends would strongly dislike Bannon’s politics.  I would also hope they would also be fair and realize that the white supremacist and David Duke comments are not justified.